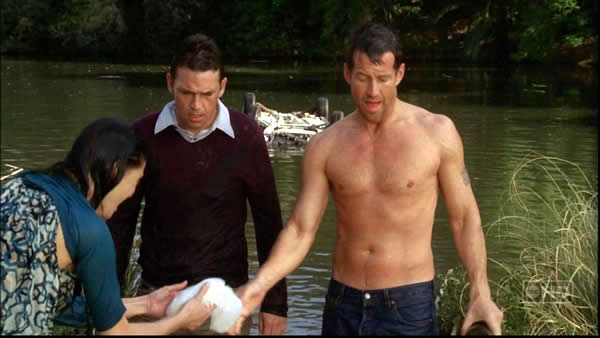 James Denton is just about everyone’s favorite plumber Mike Delfino on ABC’s Desperate Housewives. Denton, a Nashville native, started his career on the stage in Nashville and Chicago before getting a few TV roles here and there. The Desperate Housewives gig was far and way his break out role. James Denton is also part of a Hollywood band called That Band from TV with Greg Grunberg of Heroes and Hugh Laurie of House, M.D.