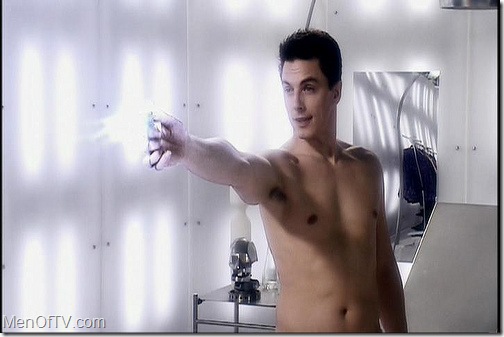 John Barrowman, best known for his long-running role of Captain Jack Harkness in Torchwood and Doctor Who, joined the cast of Desperate Housewives this month as the sinister Patrick Logan. Barrowman, openly gay, has never been shy about shedding his clothes and we’re hoping for some Barrowman skin in Desperate Housewives.

One thought on “John Barrowman Shirtless”