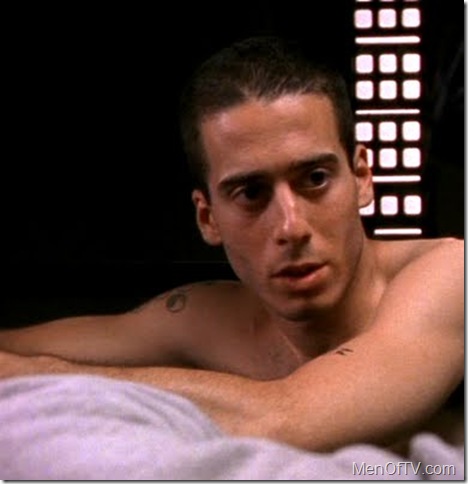 Shirtless Kirk Acevedo played Agent Charlie Francis on the show Fringe until this season. Last spring, Acevedo announced he’d been fired from the show on his Facebook status.  The update from May 20 read: “WELL BOYS AND GIRLS THEY DONE DID YER BOY WRONG! THEY FIRED ME OFF FRINGE, AND I’VE NEVER BEEN FIRED IN MY LIFE!!” Regardless, Acevedo has a strong TV presence with roles such as Miguel Alvarez on Oz and has guest starred on just about every hit show. Next up he’ll have a part in USA’s new hit with Matt Bomer and Tim DeKay, White Collar.