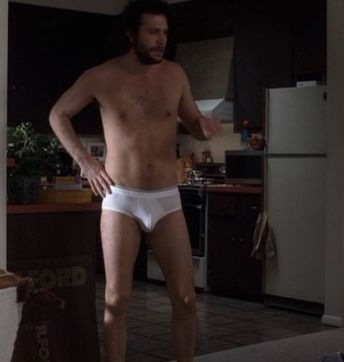 Jeremy Sisto currently plays Detective Cyrus Lupo on Law & Order, but is probably best known for his role as Billy Chenowith on Six Feet Under. Sisto seems to stay out of the limelight in Hollywood. He’s expecting his first child with finacee Addie Lane this year. Jeremy Sisto looks incredible here in his underwear and showing his bulge. He’s obviously got a big package as you can see from the picture above.

One thought on “Law & Order’s Jeremy Sisto in Tighty Whities”