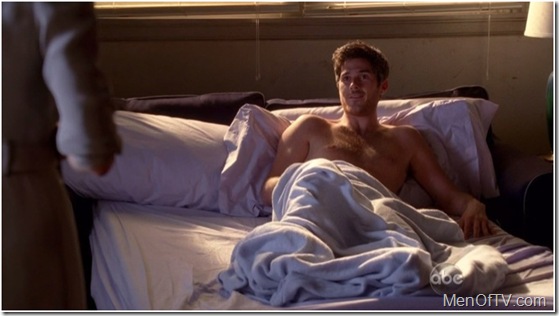 Dave Annable plays little brother Justin Walker on ABC’s Brothers & Sisters. A native New Yorker, he’s relatively new to the acting world with his other major role being on TV series Reunion. He’s getting a hot start, however. In 2007 he ranked #7 on People magazines Sexiest Man Alive list.